Another rate cut, and then what? The Fed isn’t making any promises 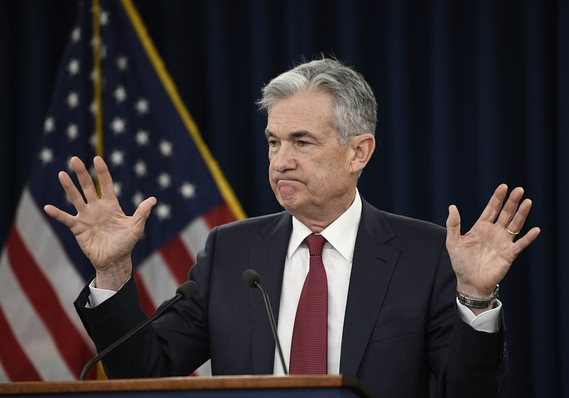 The Federal Reserve is widely expected to lower its benchmark interest rate on Wednesday by 25 basis points to a range of 1.5%-1.75%, the third such cut in three months. The fed funds futures market puts the probability at 94%.

That same financial futures market is attaching low odds (28%) to another cut in December, which seems to be the message —three and done, at least for now — conveyed by Fed officials, starting at the top with Fed Chair Jerome Powell.

But that message is not uniform nor without inconsistencies. Let’s take a look at some of the glaring ones.

1. Increased risks to the economy/the end is nigh

The minutes from the Sept. 17-18 meeting offer one example of the mixed message policy makers are sending.

According to the minutes, “downside risks had become more pronounced since July,” yet “several participants” wanted the Fed to provide more clarity on when the response to those risks, including “trade uncertainty,” would end.

To summarize: the risks have increased, but it’s time to provide some clarity on when rate cuts will end.

The one modestly positive development since the September meeting is an agreement between the U.S. and China on a partial trade deal, even though the two sides disagree on what exactly has been agreed to.

China committed to buy $40 billion to $50 billion of U.S. agricultural products — a priority for President Donald Trump —and agreed to some vague technology protections while the U.S. delayed a tariff increase that was set to go into effect on Oct. 15.

Some of the thornier issues, including China’s intellectual property theft and forced technology transfer, have not been resolved.

Anyone who thinks the announced Phase One of the U.S.-China trade deal is a done deal or a guarantee of a rollback of the multiple layers of tariffs that have been imposed in the past 18 months, I have a bridge to sell you. “Trade uncertainty” is still part of the risk equation.

Besides, a temporary truce will not alleviate the damage that has been done to global manufacturing and commerce. 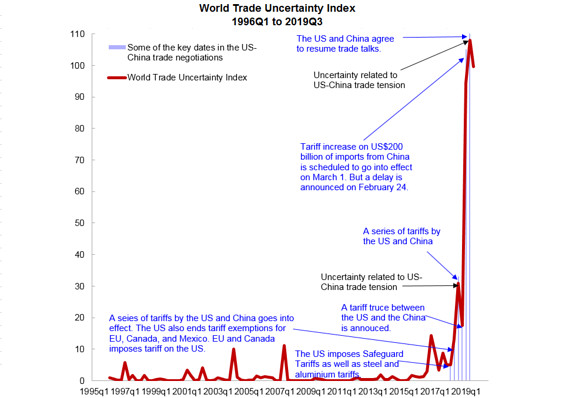 In its World Economic Outlook published on Oct. 15, the International Monetary Fund warned of a “synchronized slowdown,” a result of rising trade barriers and increasing geopolitical tensions, that will reduce world economic growth to 3% this year, the slowest pace in a decade.

If the risks to global growth haven’t vanished, then vigilance against those risks would seem to be appropriate. Why the urgency to attach an end date for addressing those ongoing risks?

The idea that three’s a charm comes from none other than Powell, who frequently cites the 1995 and 1998 experiences. In both cases, the Fed lowered its benchmark rate three times in a mid-cycle adjustment that extended the life of the expansion.

“The Fed cut, and then cut again, and then cut a third time,” Powell said during a Q&A session at an economics conference in Denver earlier this month. “The economy took that accommodation on board and gathered steam again, and the expansion continued. So that’s the spirit in which we’re doing this.”

It may take more than spirit this time.

If the U.S. economy is “in a good place,” as Fed officials are wont to say, and the rate cuts were a form of insurance, the Fed will have to sort out just how much insurance is necessary to offset the risks.

Given the long and variable lags with which monetary policy operates, the Fed can make an educated guess at the effectiveness of a 75-basis-point insurance policy, but no one really knows for sure if it’s adequate.

Which is why keeping its options open makes more sense for the Fed than closing the door.

In an Oct. 18 speech at a conference in Boston, Fed Vice Chair Richard Clarida outlined some key principles in his approach to monetary policy.

“Monetary policy is not on a preset course, and the committee will proceed on a meeting-by-meeting basis to assess the economic outlook as well as the risks to the outlook, and it will act as appropriate to sustain growth, a strong labor market, and a return of inflation to our symmetric 2% objective, Clarida said.

Those views, along with emphasizing the Fed’s data dependency, have been echoed by Powell and New York Fed President John Williams as well.

To recap: No preset course, data dependent, meeting-by-meeting basis to determine what’s necessary to sustain growth and raise inflation to the 2% target.

That open-ended framework pretty much contradicts the idea of providing an end date to the easing cycle.

Now, it’s important to remember that the Federal Open Market Committee consists of seven governors in Washington (there are currently two open seats) and presidents of the 12 district banks, each with its own research staff. It’s understandable how views on the economy and the policy outlook may differ.

Those differences manifest themselves in the message transmitted to markets through speeches, interviews and the quarterly “dot plot,” which reveals policy makers’ estimates for the appropriate target for the funds rate.

Those estimates are based on forecasts of how the economy will perform.

At the September meeting, only seven of the 17 participants penciled in an additional rate cut this year. Two bank presidents preferred to hold rates steady while one dissented in favor of a 50-basis-point cut.

Recent comments from Fed officials suggest that most favor a wait-and-see approach after a third cut, with the usual caveats that monetary policy is not on a preset course but is data dependent; a preference for assessing the effects of past rate cuts before implementing additional ones; and a pledge to act as appropriate to sustain growth.

And of course, they must convey their message without doing anything to upset financial markets.

It has become standard operating procedure in recent decades for central banks to communicate policy intentions clearly so that financial markets can incorporate interest-rate expectations into market prices.

But there’s an inherent contradiction in that strategy as well, succinctly expressed by Former Fed Vice Chair Stanley Fischer at a conference in Hong Kong in 2013.

“You can’t expect the Fed to spell out what it’s going to do,” Fischer said. “Why? Because it doesn’t know.”

“We don’t know what we’ll be doing a year from now,” he said. “It’s a mistake to try and get too precise.”

That’s probably the best guidance a central banker could give. Just don’t expect any of them to adopt it anytime soon.